The German Network of Female Firefighters

Hello! – and a warm welcome on the pages of the Network of Female Firefighters in Germany! 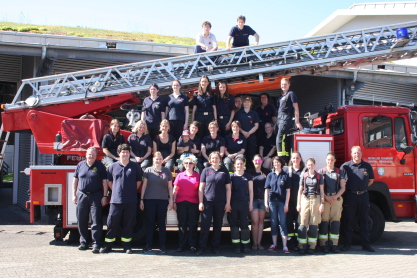 This site sees itself as a platform where women who work at career or volunteer fire departments, women wanting to apply, and departments looking to employ females can exchange information. We hope that we will be able to supply you with even more information within the next couple of months. Until then, we hope you all, women and men, will enjoy browsing through what we have to offer.

About female firefighters in Germany

There are about 1.2 million (mostly volunteer) fire fighters in Germany and almost 80,000 of which are women. A little bit over 43,000 are full-time career fire-fighters and among them there are just about 1000 women. In comparison to almost 10% female volunteer fire-fighters, the number of women who are career fire-fighters is only about 2.3%. It is very difficult to get at the exact numbers. The majority of all career female fire-fighters are in the ranks of fire-fighter, engineer, or paramedic. There are few company officers end even fewer higher ranking officers. One probable reason that there are still so few professional female fire-fighters is that most fire-departments require that applicants have an apprenticeship with a technical background or a technical college or university degree. In most cases women are underrepresented in these fields. Not all of the few women who have chosen career paths in these areas are interested in fire-fighting services. When women do apply despite all these obstacles, they often fail physical tests. In Germany you can enter the fire service as middle level civil-servant. Then you start as a fire fighter. With a technical college or university degree you can apply directly as an officer trainee. 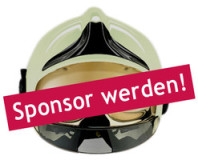